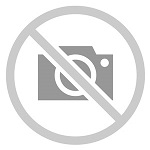 A spiral ventilation duct is a hard metal tube formed from a coil of metal (strip steel). It is the main component for transporting air in a ventilation system. The forming process sends the metal strip through an inner and outer forming phase which forms it into a spiral by means of a circular motion. The edges are pressed together to form an airtight duct piece. It is then cut from the machine to the desired length, inspected, tested and then shipped to be installed. The light metal and the rigid construction of the tube ensure an optimal combination of strength and stiffness on the one hand, and low weight on the other.

This type of ductwork is generally cost effective as it can be made with 32% less sheet metal compared to rectangular ducts. It is also less likely to leak because it has fewer transverse and longitudinal connections when run in long, straight sections. It has superior structural strength. The spiral duct (also called circular duct or circular air duct) is the workhorse of modern HVAC. It is widely used for various types of medium to high pressure ventilation systems. In addition to standard ventilation, the duct finds its applications in areas such as dust evacuation, carbon monoxide removal, grain processing (silo aeration) etc.

In addition to their main function as HVAC ducts, these silver spiral tubes have become a fashion statement themselves, and are often central to modern interior design. Over the years, spiral ducts seem to be gaining popularity in shops, restaurants and many other interior spaces. The visibly mounted spiral duct as a design element has been making an appearance for over a decade and its popularity shows no signs of slowing down.

Spiral duct diameter 100 mm and length 1500 mm, galvanised according to the sendzimir process. Suitable for use as extract or supply. Airtight C under the condition that the installation is executed according to EN12237. Galvanised steel DX51D + Z275 (double layered zinc coating 275gr/m²).